They come down, they get put up again

We've got a thing about fences and I bet if you're trying to work your land in specific ways, you'll have a thing for fences too. When we arrived here 19 years ago, the only fences on our land were the two separating us from our side neighbours. There was no front fence and the back boundary was marked by an ever-flowing creek. 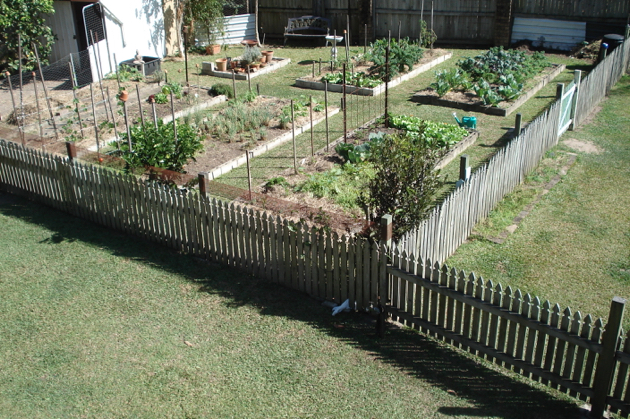 In the photo above, the fence with the green and blue gate is the one I'm writing about today. Below is a selection of older photos and one new one to show you the configuration of fences here.

When we moved here we brought Murphy, our Airedale Terrier, with us, so one of our early priorities was to fence the entire yard so Murphy didn't wander off. Then we added a chicken coop with another fence. When the chickens were free ranging, we wanted to stop Murphy harassing them so another fence was built which divided the back yard. On one side there was Hanno's big shed, one tank, several fruit trees and the chickens, on the other, smaller side, the vegetable garden, a small run for Murphy, garden shed and garage. We had to then further divide the small side to keep the dogs from the vegetable garden. That fence - a picket fence, stayed through Murphy's life and served the purpose again when Rosie and Alice lived with us. When they died and we decided we'd have no more dogs, the fence came down and the backyard started opening up again. 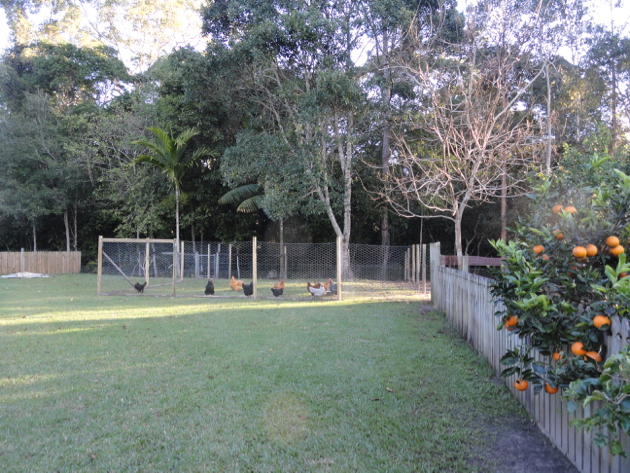 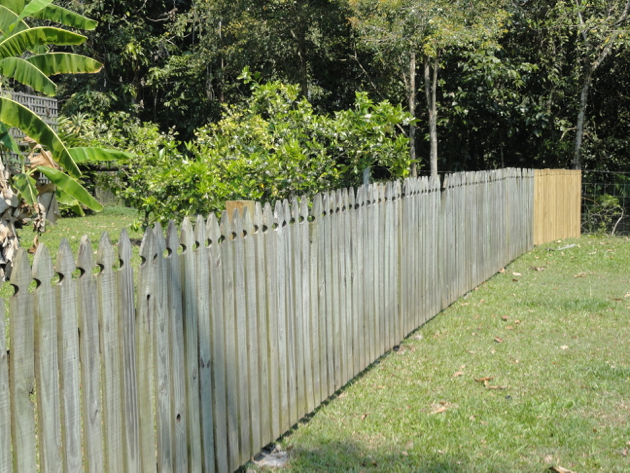 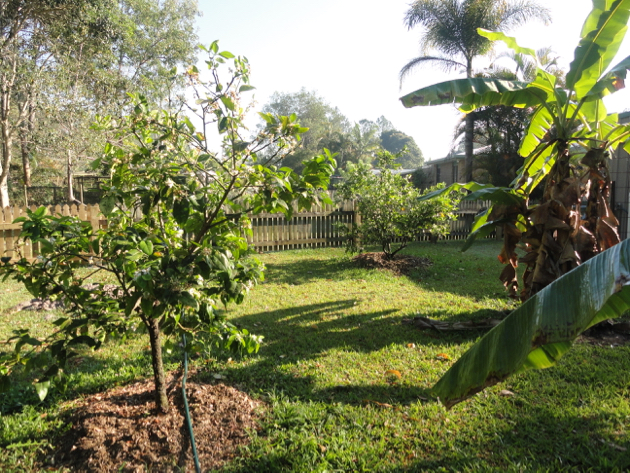 Looking out from the fruit tree area towards the house.  This is one of the fences we've removed. 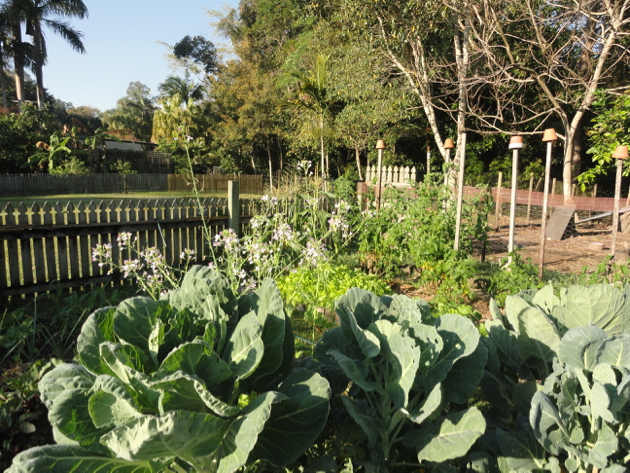 And the view from the other side of the yard. 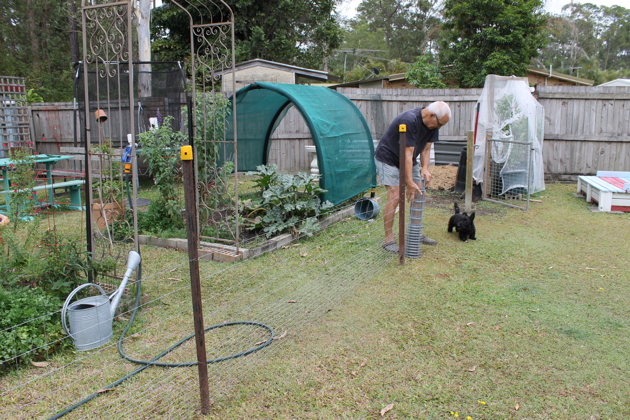 The photo above was taken yesterday with Hanno erecting another fence to keep Gracie from the vegetable garden. 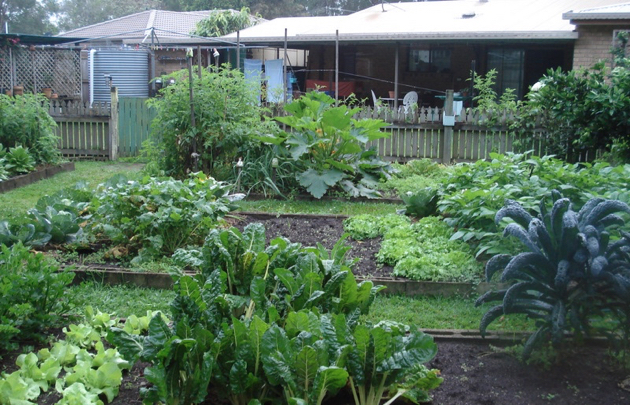 And this photo, taken a few years ago from the other side of that fence, is looking towards the house.

A new wire fence went up yesterday. You might imagine that Gracie would run though the gardens and maybe dig every so often. Well, she doesn't do that. No, our puppy picks vegetables, and then she pulls out the vine or bush they have been growing on. It's very frustrating to see perfectly good vegetables shrivelled up on the lawn and the dead plant beside it. We knew we had to put up a another fence but we'd used the original pickets for something else, so Hanno decided on a puppy wire fence with star pegs. We also needed another gate but a quick look on Gumtree helped us with that for just $15. 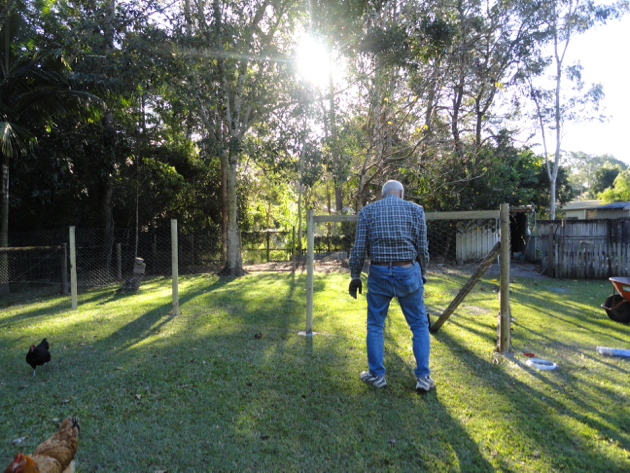 Above and below is Hanno building the extension to the chicken coop fence a few years ago. 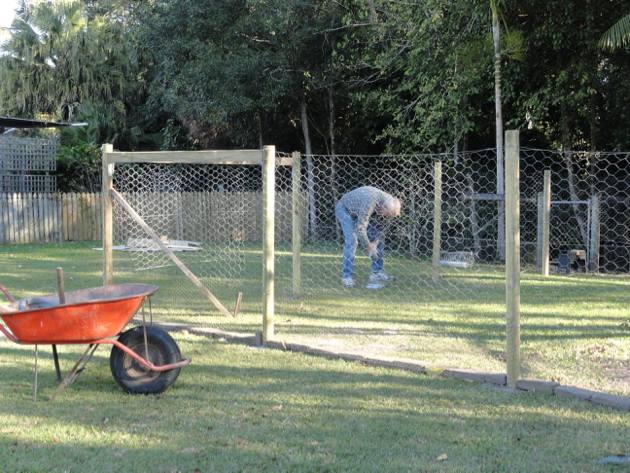 Gracie will still be allowed into the garden, but only when someone is with her. Believe me, she needs supervising. If ever there was a puppy who will get up to mischief, it's her. And even though her naughtiness is annoying at times, it's also kind of endearing and reassuring that puppies never change.  Let's just hope the fences stay like this for a while.