Every time we shop, we vote with our money

Like many Australians, I watched Food Inc. the other night when it aired on TV here. I'd already seen the DVD of it a couple of years ago but it did me good to see it again. If nothing else, as our ex-prime minister Gough Whitlam asked of us, it helped me to "maintain the rage". And watching it again certainly helped me do that. If you haven't seen this documentary and you're in Australia, it's on SBS On Demand for another four days.  For those who haven't seen it, it's an account of the unsustainable and unhealthy practices in parts of the food industry in the USA; but the conditions discussed are happening in many Western countries, not just the USA. It features Michael Pollan, Joel Salatin and Eric Schlosser. 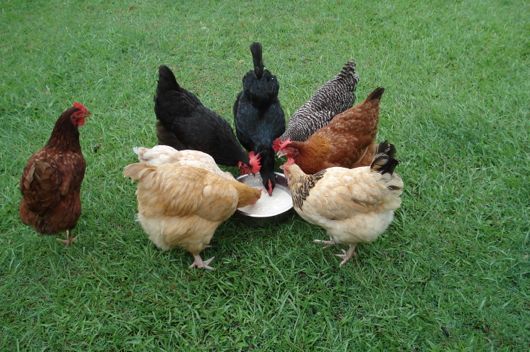 The program examines unhygienic conditions in feed lots, the large increase in the number of E.coli and other bacterial food contaminants, appalling factory conditions worked by illegal immigrants - with a blind eye from the authorities, how the cheap price of food does not reflect its real price, how the meat processing business has moved from having many participating and often local players to now being in the hands of four huge corporations, how Monsanto sues farmers for saving their own corn and soybean seeds, how food labelling laws are set to deceive rather than inform, and much, much more. When you see it for the first time it's shocking and very confronting. When I saw it again I was just plain mad.

It took me a while to work out how to discuss this in a sane and rational way. The subject is so emotive and the program is difficult to watch because it shows animal cruelty and the unbearable conditions cattle and chickens are routinely kept in. We keep our own animals and chickens in good conditions,  but I felt real shame that we've (all of us) allowed the conditions some farm animals are kept in to build over the years and not done anything about it. Many would argue that not much can be done, that these corporations are so powerful that nothing will stop them but I don't believe that. Our dollars will stop them. 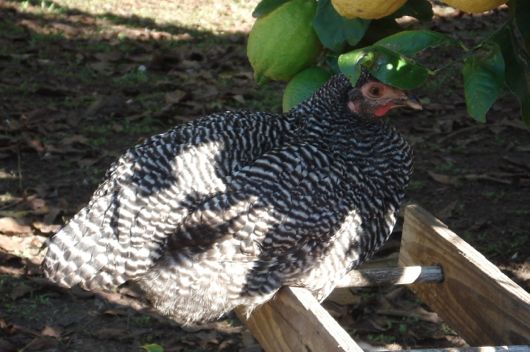 Every time we shop, we vote with our money. Every single time. All potential customers with money to spend have the power to keep a product going or to bring it down. Buying isn't just about the product we choose, it's also about those we don't choose. By not choosing local products, slowly, the local businesses die off. That has already happened in Australia, and probably many other countries too.

The main decision I made when watching Food Inc is to support my local businesses as much as I can and to cut down on buying meat. Now I'm buying free range and organic meat only and to make up for the cost of that, I'm buying the cheaper cuts and we're eating less of it. It's the only way we can do it. I know it will be difficult at times but doing nothing is no longer an option for me. I don't approve of the way that animals and chickens are treated; I want food labelling to change; I don't think that higher profit margins justify cruelty; I think we have to get used to the fact that there is no such thing as never-ending economic growth. Not buying cheap meat and foreign foods will send that message.

I should have done it sooner. 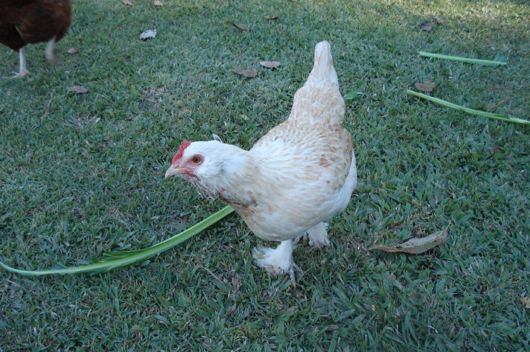 We need to think about the environment more. We know the climate is changing but many people think it's up the "the government" or "them" to do something about it. When I saw those huge feedlots and thought about all the methane going up into the air, it almost made me weep. The faecal waste of piggeries and chicken farms floating down what were once clean waterways made me feel sick. We all have to make our own changes - we have personal responsibility in this. The buck stops with all of us.

I'm not going to harp on and on about this except to say out loud: every time you shop, you vote with your money. Please think about that. I'd rather hand my money over to farmers who treat their animals well, who harvest organic or local foods and who are more interested in producing fresh, heathy food than in what a faceless stockholder will think. We may not always eat in the way we used here in my home but I can no longer be part of the shopping majority who keep these conditions going.