Working with the seasons 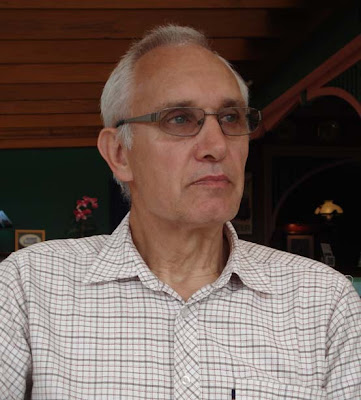 Well, here he is - Hanno admiring the view when I took him out to lunch on his birthday. We met up with Bernadette at an "English pub" in a town up in the mountains. The food was good and the view from the top of the mountains down to the ocean was superb, but the price of the lunch and drinks was what we would normally pay for a week's food. We both wondered later if it was worth it. My guess is it wasn't. Maybe next year we'll do something different.

Hanno asked me to pass on his thanks for all the thoughtful birthday wishes. It is still amazing to us both that there are unseen friends all over the world who know what we do most days. Ahhh, the wonders of the internet.


One of the many pleasures I have found in simplicity is a rediscovery of the seasons. I no longer try to block out or ignore seasonal weather, trying to make everyday the same with air conditioning, I embrace the seasons now and work according to them. Yesterday I spent the day writing but had short breaks to do the seasonal chores that couldn't wait. Our storm season started early and the past two nights we've had wild and loud thunder that sounded like bowling balls rumbling along then crashing into a wall of light. On those nights the heat builds up and then breaks with rain falling and cooler air. On that first stormy night, still warming wrapped in my winter bed, I knew the next day would bring a transition to a summer bed.

Sure enough, the next morning, I opened up the windows wide and stripped the bed completely. I removed Hanno's electric blanket and rolled it up around a pillow for safe storage during the summer, then took the bed protector off and washed it with the sheets. This is the season for cool pure cotton sheets. My flannel cotton sheets are now washed, line dried and folded in the linen cupboard until the seasons change again. 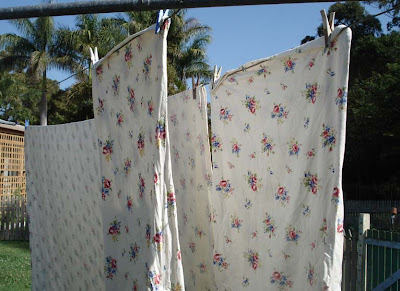 I also removed our wool doona (duvet) and replaced it with a fluffy lighter one that will do us over summer. 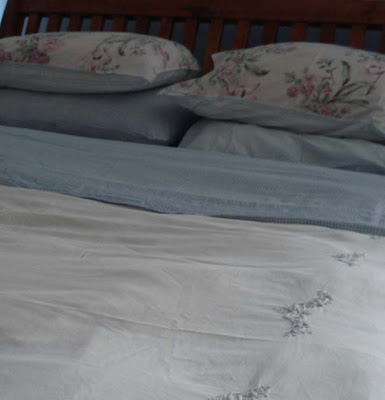 I went back to writing for a while until Hanno brought in a small basket of windfall lemons. The storms have started to pick the lemon tree for us, and when we have a lot of lemons, I make summer cordial. 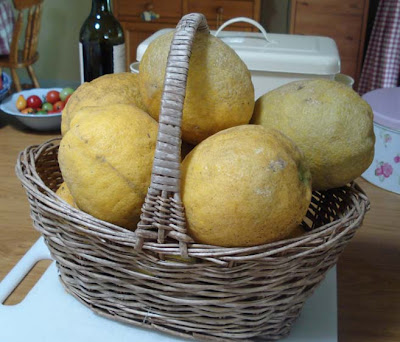 About six or seven lemons gave enough juice for a flagon of cordial. It's a simple recipe of juice and a sugar syrup. The syrup is made with equal parts sugar and water, boiled till the sugar dissolves. Allow that to cool while you juice the lemons. I fill half the flagon with juice and fill it up with syrup. When you make the drink up, you pour enough cordial for your taste into a glass (about one part cordial to five parts water), and fill it up with icy water, and ice cubes if you have them. I didn't, so that was another seasonal chore - I got two ice cube trays, filled them with filtered water and have them now sitting in the freezer. In the next day or so I'll add a plastic container that will hold the ice cubes in the freezer while the trays make more cubes. 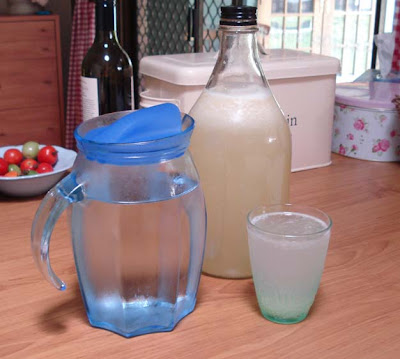 In the afternoon, I had another break from writing as Hanno was mowing the lawn in the front garden. I made up a lemon cordial for myself and a rosella cordial for Hanno and we sat in the cool shade of the front verandah to cool down and relax. 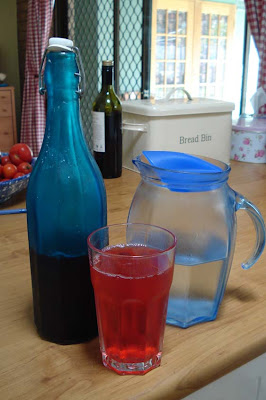 I am back to writing again today. I have taken two weeks off work to get my book proposal done, or at least almost done. So I'll be busy tapping away on the keys again but I have no doubt more seasonal tasks will pop up during the day and no doubt they'll be done - slowly and with the pleasure of the task.

Welcome to all the new readers who arrived over the past week or so. I hope this week is a good one for all of us. I hope you appreciate each day for what it gives you and you slow yourself enough to truly live your days.