Hello strangers. It's been like dominoes falling during these passed weeks. One thing lead to another and sometimes we didn't know if one domino or 100 would fall. But we followed our noses, did what we had to and I've come back to you with a newly renovated laundry, a freshly painted toilet, three new house guests and a cat. 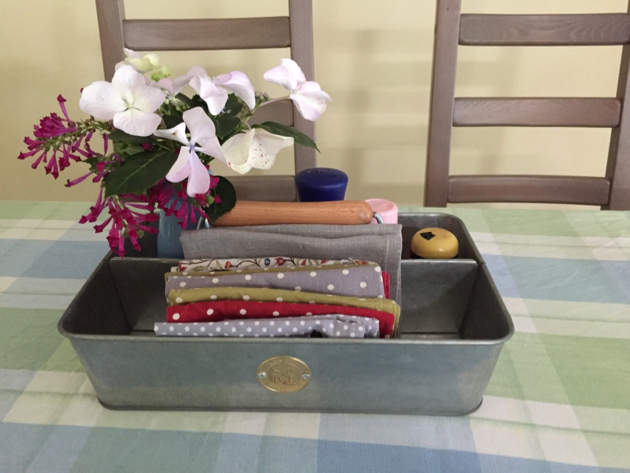 I got this metal trug from Odgers and McClelland. It's very handy for storing napkins, salt, pepper and flowers on the kitchen table.

As you know, Kerry, Sunny, Jamie and his cat moved in with us to wait for work on their new home to be completed. The house is moving along nicely, the roof is on and walls are going up so that now, even if it starts raining, work can go ahead. They've been told they can move in before Christmas.  They've decluttered, cleaned out their apartment and moved in here. Their belongings are stored in our big shed, so a big portion of the work has been completed and the excitement is beginning to grow. In our newly established family of five, I've taken on the job of chief cook, not a job to be taken lightly with two chefs and a six year old to feed, and I'm slowly getting used to shopping for a family again. 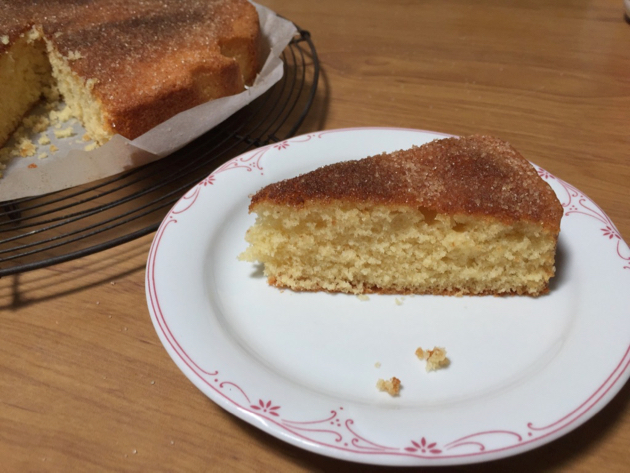 I had wondered how it would all go. I thought there'd be problems with Gracie and Ec, the cat, and I wondered how everyone would cope with me wandering around during the night when I couldn't sleep. Blending families is never easy but so far, it has been. Beds still need to be made, food cooked, shopping done, the garden and floors need tending and every day, by the time our regular home chores are done, our guests return from school and work and we all settle in again. It feels familiar and different and so far, it's been easy.

Hanno asked me to thank you all for your well wishes.  He's still not 100 percent, he's on a second course of antibiotics but says he's feeling better, although I can see he tires easily.  However, at 77 years of age, with a small amount of help from me and a handyman from Airtasker, he renovated the laundry.  That job started when I noticed that our eleven year old washing machine was leaking. Most of you know we're going through a period of reorganisation and preparedness. We're updating appliances and replacing them with water and energy efficient models so we can hopefully sail through the next decade with household equipment that supports the way we've chosen to live. 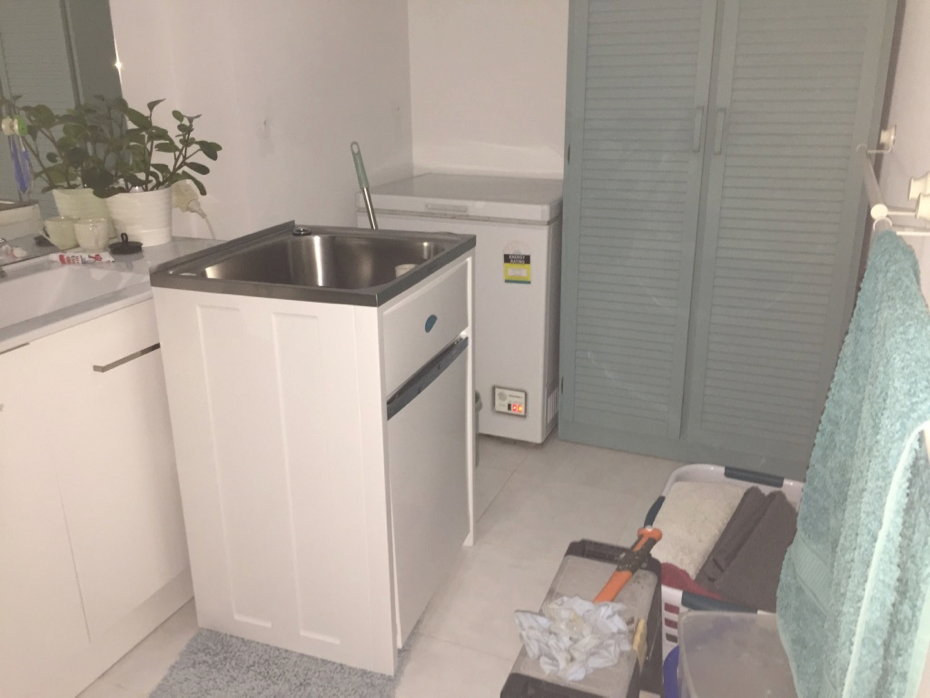 So we had a new washing machine installed, then I noticed the laundry sink and metal unit it sat on was rusting from the floor up. Hanno ripped that out and discovered there had been a leak in the wall so I was very pleased he found it and fixed the problem. A new unit was bought and he connected the waste pipes from the washing machine and air conditioner. When the new unit was up, the existing tiles didn't cover the area behind the unit so we got a handyman in to add more tiles.  He also replaced the water damaged plasterboard behind the sink unit and painted the laundry and toilet. I was so pleased to see the work completed because at one stage I was wishing we'd never started it. 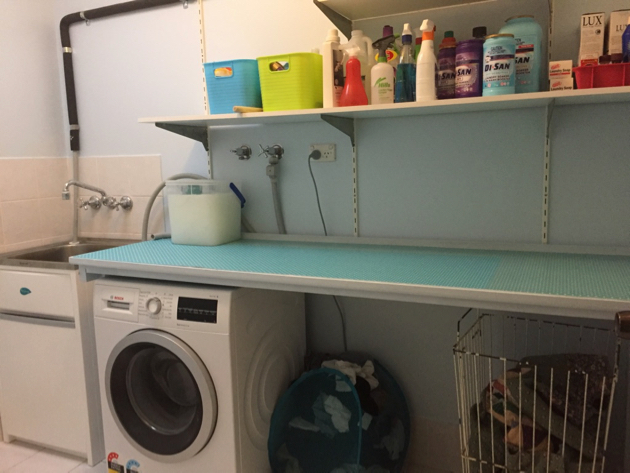 We sold the old machine on Gumtree and replaced it with the Bosch model recommended by Choice magazine. For overseas readers, Choice is an Australian consumer advocacy organisation which tests and recommends products and services used in our homes.

We're all catching up on the washing that piled up for a week and the new machine is coping very well with the task. Now I'm starting to think about Sunny's 40 birthday next Saturday. We're having a cooked-from-scratch family lunch for seven adults and three children. I'm still finalising the menu and trying to decide on the birthday cake. I'll let you know more about it later and, of course, they'll be some photos on the day.