We have not bought soft drink/soda or many years but during summer I like having a cold soft drink on hand to serve the family and for anyone who drops buy. We've had many glasses of lemon, orange and passionfruit cordial here, as well as homemade ginger beer, now I've added elder cordial to the list of cool drinks I can serve. We planted our elder bush last year and although it was in flower almost all year, it produced only a few heads of berries. I didn't make anything with them, there were too few, but I hope that as the bush grows, so will our chances of harvesting a bucket of dark elderberries. 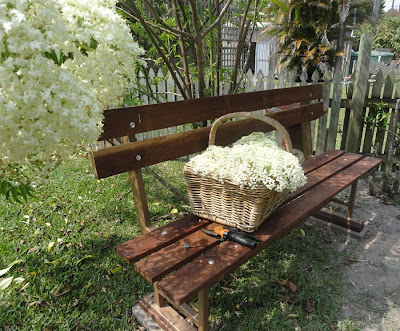 We've just had the first full flush of elder flowers since we cut the bush back a few months ago. In a couple of his books, John Seymour recommends picking the flowers early in the day and choosing those on top of the bush that have had the full benefit of the sun. So armed with my trusty Fiskars clippers, I removed about three quarters of the flowers and set to work. The elder flowers must be used straight away.  The cordial recipe is simple, and similar to the one I use for lemon cordial, with the exception of added citric acid and the flowers have to be covered with boiling syrup and then steeped for 24 hours. I used Sophie Grigson's recipe here but added a cup of lemon juice as I had some in the fridge I wanted to use. There is a very small amount of cyanide-like compound in the stems of elders, so make sure you pick the flowers off the stems. You don't have to be obsessed with removing every stem, and don't be scared of it, just make sure you leave most of them out of your cordial. 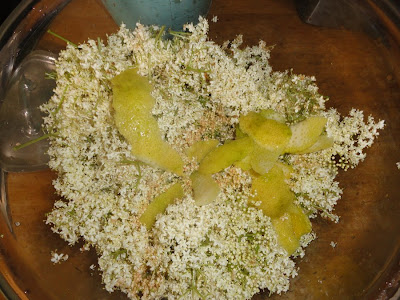 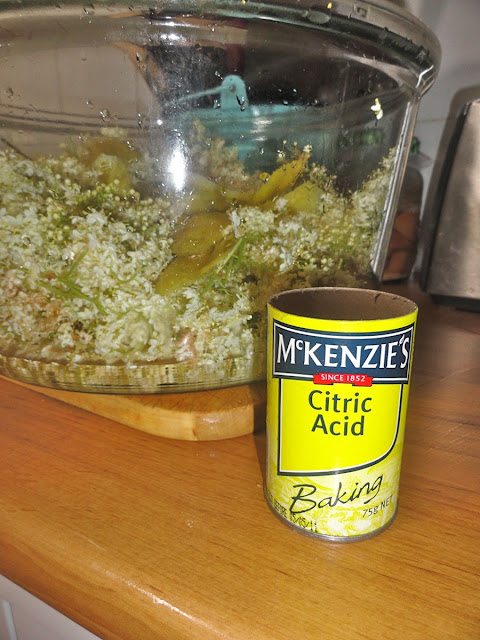 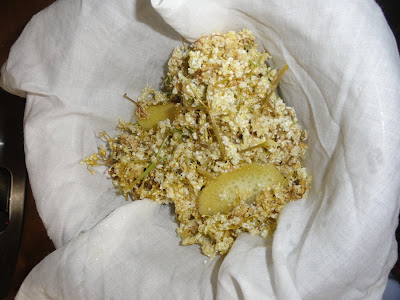 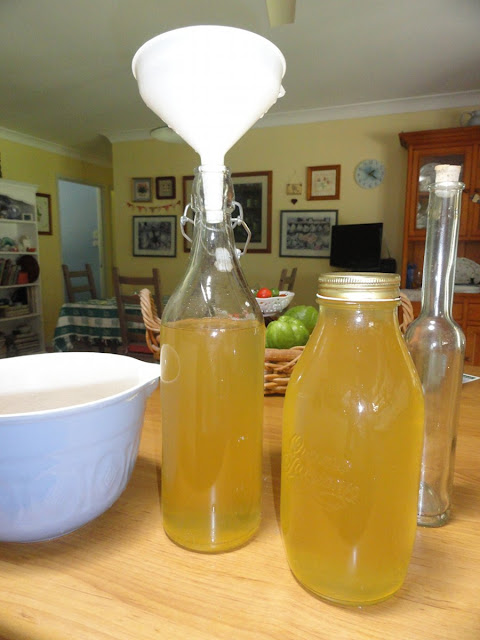 The cordial is cloudy here but it clears after it settles.

The cordial is delicious served with iced water, ice and a mint leaf or with cold sparkling mineral water. I will also use it  to make ice cream and sorbet over summer, and to give as Christmas gifts. This made about about 3.5 litres/quarts of cordial. I also half filled a plastic bottle to freeze. This is the first time I've made elder flower cordial and I want to make sure it's as freezable as my other cordials. Overall, this is a simple recipe and a welcomed addition to my summer drinks repertoire. It's a keeper.