I am so grateful to have such a wonderful group of readers. I don't say this often but your comments really do keep me blogging. When they drop off, I do too.  So thank you for being here with me and thanks for the thoughts and prayers you send me. It's such a lovely thing to be thought of by people near aand far.  I think of you too. Every time you comment, I build up a picture in my mind of what you're like - how you talk and wear your hair, how you make a cup of tea and harvest flowers or tomatoes. I carry those picture with me and sometimes when I sit on the front verandah, someone from here sits in my brain for a while and makes me smile.  So thank you all for that and for giving me the time it takes to visit and comment.

At the beginning of the week there was a bad smell in the house. At first I wondered if Gracie had found a mouse and killed it but mice in the house in summer is very rare so I searched for another cause. My nose lead me to the bathroom, the bathroom I don't use. It used to be the main bathroom but when we added another bedroom with en suite, that became our main bathroom. The old bathroom is used by visitors and if they use the toilet, that is where they wash their hands.  The room also contains an old freezer, a cleaning cupboard and a shower. As soon as I walked in I knew I'd hit pay dirt - the smell was very strong and I could see the freezer light was off.   🫢  Then I remembered, I'd used my robo mop at the end of last week. That one electrical switch in the room has a dual purpose. It charges the battery on the mop and it runs the freezer and has done for over 20 years. I must have forgotten to turn the switch on again when I removed the mop cord. 😑 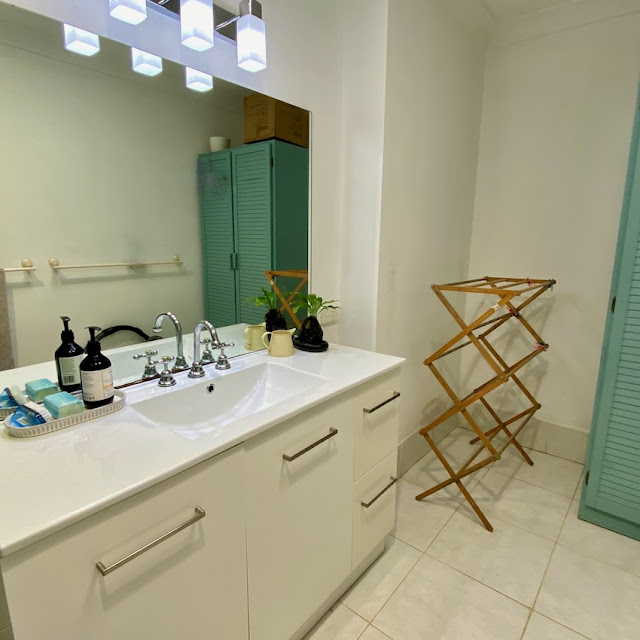 When I opened the door on the freezer my head nearly lifted from my shoulders. 😵‍💫 I put it down again but I could see rotting steaks, mince, two roasts, homegrown chard, a large bag of fresh ginger and chillies picked from the backyard. There was also two litres of lemon juice ready to be made into cordial for the second half of summer and about 5 kilos of bread flour I'd been storing in there.  Funnily enough, the loss of the food was a distant second place to worrying about the smell.

This freezer was bought the first year we lived here. It was a medium sized freezer that served us well all that time and never caused any problems. It had started to rust in a few places and enamel paint chips on the outside wall fell off sometimes in the last year, so I knew it was on the way out. I didn't want to replace it but I knew I had to start thinking about getting rid of it. I don't live a freezer lifestyle anymore - no live-in family, no bulk meat purchases, no bread making and no garden to harvest from anymore.

When I tried to move it, it wouldn't budge an inch. So I rang my son Shane. He told me not to worry and he'd be here the following day to get rid of it. And that's exactly what he did. He moved the freezer out of the house and onto the trailer hooked up to his car and took it to the dump. It was like losing an old friend. But when I thought about it, it was another decluttering exercise. Yes it happened out of the blue, yes, I couldn't rescue any of the food it contained, yes, it made a mess but if it hadn't happened like that I would have had to slowly use the food in the freezer, turn it off for the final time, cleaned it out and ask Shane to take it to the dump for me.  In this instance, I think the faster option was better.

When Shane removed the freezer it was clear by some stains on the floor that it had been leaking for a while. I cleaned the corner of the bathroom with bleach, then with disinfectant and washing up liquid in almost boiling water, finished it off with dry rags and set up a drying rack in the space.  I have to admit, I miss that old freezer. It was such an important part of our first year living in our home and one of the first appliances I bought with visions of home productivity in mind. After I bought it, I set up a stockpile cupboard and a pantry and those three things - the freezer, stockpile cupboard and pantry helped me think in creative ways about home cooking, baking, fermenting, creating a food budget, food storage and cutting back on food waste.

I'll miss the old girl but in the future she'll help me remember what life was like for the Hetzels when we picked her up from the shop and brought her home. I didn't fully realise her potential at first but she helped me answer a lot of the food questions I'd started thinking about. She allowed me to buy bulk meat from a local farmer for a fraction of the supermarket price and she provided space to place newly purchased dry goods - flour, oats, rice etc. - so that if they contained any insect larvae, it would be killed in the freezer.

I guess it's strange feeling sentimental about a freezer but it really did kick start how I changed my thoughts about food production. And I'm pleased the end came fast and that Shane was there for me when I needed help. It's a pity about the smell though. 😵‍💫 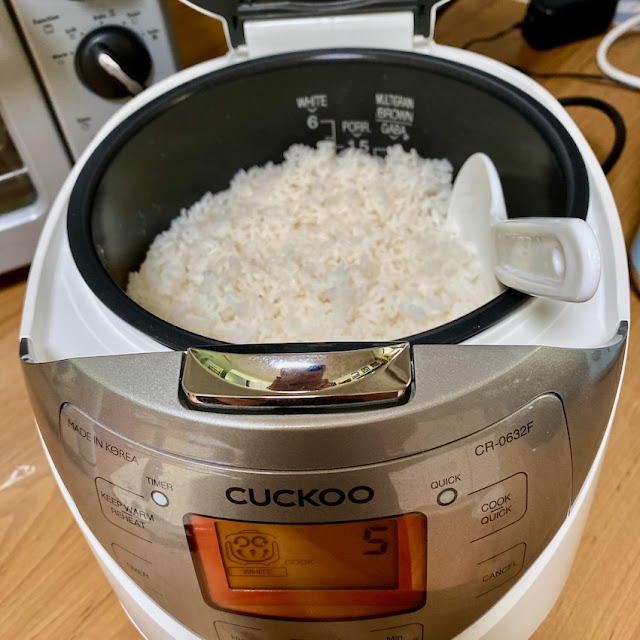 Kerry, Sunny and Jamie gave me a Cuckoo rice cooker for Christmas.  I used it for the first time today because I made chicken curry for my main meal. It's a pressure cooker so it makes rice in 6.5 minutes. All I had to do was wash the rice until the water was not milky, add the rice and water to the cooker and turn it on. It worked out its own cooking time according to the weight of the pan and it kept the rice warm until I used it. Made in South Korea, I expect creative technology and I can see myself making more rice dishes because the rice it makes is much better than the rice I used to make. 😁 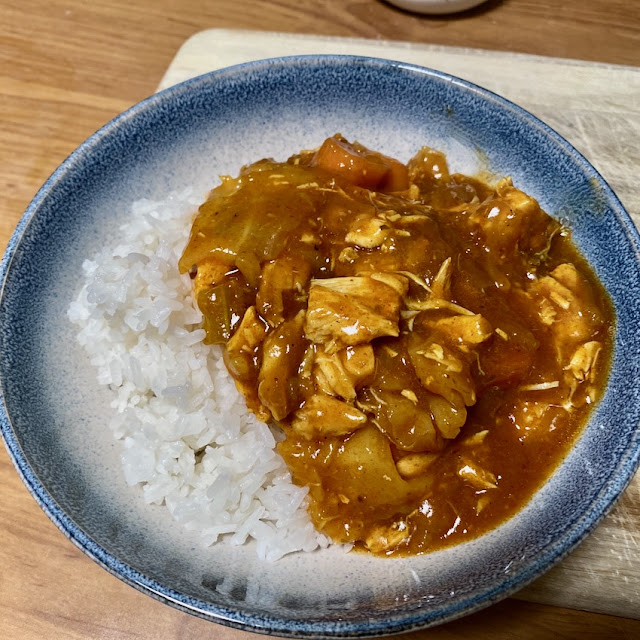 Many of you know my good friend Grandma Donna who blogs at Generations Before Us. Her blog is full of wise ideas about living simply as well as wonderfully nostalgic photos of her home. Recently Donna started a forum and I told her I'd tell you about it. This year she and her husband are conducting a study into 1930s living - you can read about that on her blog. The forum is a way for the people doing the study with her to swap ideas and get support. There's also a general chat area so you can socialise with like-minded people, everyone is welcome. If you click the link to Donna's blog, look at the top of the page and click on  Forum to go there.  You have to join but there's no hidden agenda.  Donna's not well at the moment so it may take a little while to be welcomed into the forum, but it won't take too long. I'll be there to greet you. 🥰