I wrote the first part of this post in 2013 to celebrate my 65th birthday and thought I'd add to it today, on my 71st. 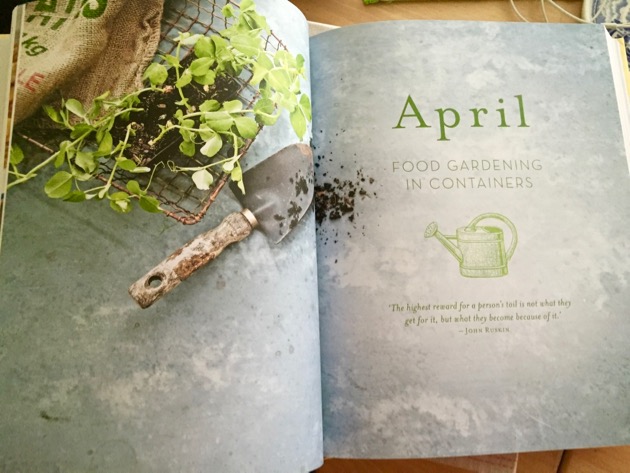 In 1948, the first supermarket opened in the UK, Mahatma Gandhi was murdered, Don Bradman and Joe DiMaggio were creating records, the Pulitzer Prize was shared by James A Michener and Tennessee Williams, Lord Mountbatten resigned as govenor-general of India, TS Eliot won the Nobel Prize for Literature and on 15 April, 151 years after the first of my Australian ancestors stepped upon these shores from convict ships, I was born into a small working class family in Sydney, part of the "baby boom". The population of Australia was then 7.8 million people + one.

Protected and shielded by my parents, the nuns who taught me and no TV, I went through my childhood oblivious to the Korean War, the strength and courage of Rosa Parks in Alabama, the plight of our first Australians, the coronation of Queen Elizabeth, the invention of the Pill and the birth of rock-n-roll. My eyes were opened suddenly while still at school when the world stood terrified in 1961 after the Bay of Pigs invasion and then the Cuban missile crisis in 1962. At 15, I heard Dr King's "I have a dream" speech on the radio and realised during those fine moments how profound the spoken word can be, and then twisted and shouted through the rest of the 1960s with the Beatles and Bob Dylan. The freedom marches continued and the US Civil Rights Act became law in 1964. I escaped conscription because I was a girl but watched on as hundreds of young Australian men my age were signed up and shipped out to Vietnam. Many of them never returned. In 1967, Australians said an overwhelming "YES!" (90%) in a referendum to include Aboriginal Australians in the census and for special laws to be drafted for them. And then in July 1969, I watched along with the rest of the world as Neil Armstrong took "one small step for man, one giant leap for mankind." Petrol cost: AU 10 cents/litre, UK 65p/gallon, US 31 cents/gallon 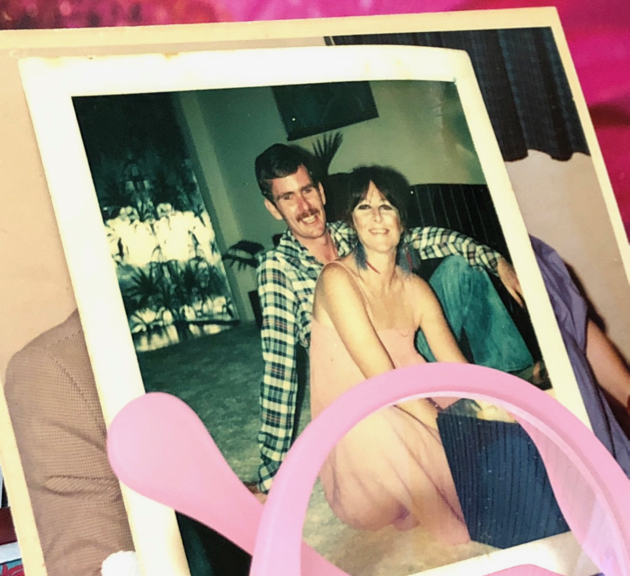 Late addition:  This is me with a friend in the late 1960s or early 1970s.  I shared this one over on Instagram a couple of weeks ago. I should point out the bellbottoms and moustache. LOL

It's 1970, I'm 22, so I'd better start getting serious and do something. I started my nurses training at the Royal Prince Alfred Hospital in Sydney, alongside the first male general nurse in Australia. Finished that, moved on, drove around the circumference of Australia and finally met a certain young, handsome German man named Hanno in the wilds of outback Queensland. My fate was sealed. Bell bottoms and moustaches. Cigarette advertising banned in many countries. From 1975 to 1978 I didn't watch much TV, never cared for the radio news and while I missed knowing that Elvis died, the conservatives won power in the UK and that Ian Paisley won a seat in the UK parliament, I did know the aboriginal tent embassy went up outside parliament house, the last of the boys came back from Vietnam and women had started to take their place in the world. In early 1979 Hanno and I travelled to Hamburg to meet his family and to stay a few months. 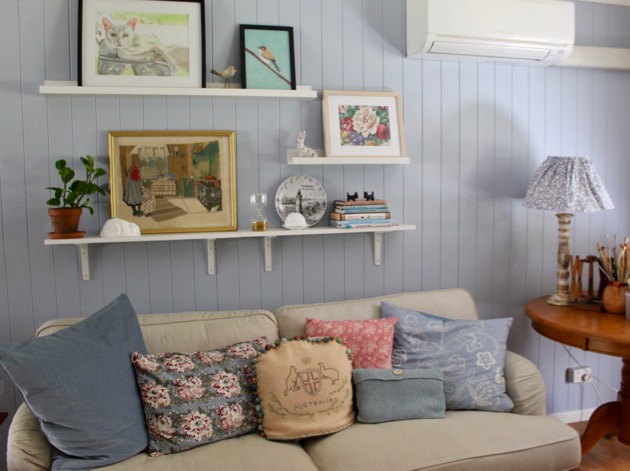 We married in Hamburg and Shane was born there in July 1980 but we stayed longer than intended, I was incredibly homesick so we flew home in late 1980. Flying via Tehran, we were diverted to Damascus - the Iran/Iraq War had broken out while we were in the air! Back home, we soon settled down again and Kerry was born in July 1981. Indigenous Australians started making headway with their claims for land rights, Indira Gandhi was assassinated, the Chernobyl nuclear power station exploded releasing a large amount of radiation into the atmosphere and a 747 exploded in the sky over Lockerbie in Scotland, killing nearly 300 people. We bought our first computer in 1988, pre-windows, using DOS. I needed it because I was doing a degree in journalism, literature and communication. The decade started with a bang, with many of us throwing our money around, but ended in a recession. And then in November 1989, something happened I never expected to see - the Berlin Wall started crumbling and eventually Germany became united again.

Nelson Mandela was released from prison in 1990, Margaret Thatcher resigned and we bought our first mobile phone (still have the same number). Our first female governor was appointed in 1991 and in 1992, the Mabo decision overturned the concept that Australia was terra nullius when the first sailing ships arrived here. I lived through the saddest day of my life in November 1993 when my mum died. Surprisingly, in spite of my doubt, life went on. Northern Exposure graced our TV screens, we were living with teenagers, the Port Arthur massacre, we bought our home and moved here in 1997. The English Channel tunnel opened and mad cow disease hit the UK. It was heart-breaking to watch as farmers had their herds killed, burned and buried in mass graves. 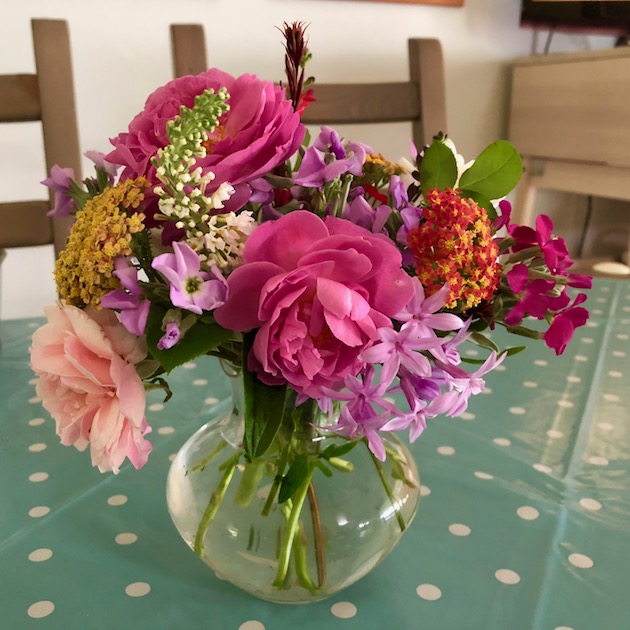 Concorde crashed and burned in every sense in 2000. The horrors of 9/11 (RIP) and the outcomes of it, 88 Australians died in a terrorist bombing in Bali. The first iPod. The beginning of this decade saw a profound turning point for our family when we started to slow down and simplify. A tsunami in the Indian Ocean took 250,000 lives, suicide bombers in London killed 56 people, the first iPhone, I started blogging, Benazir Bhutto assassinated in Pakistan, fuel prices hit record highs, the GFC. The population of Africa exceeded 1 billion. The population of India exceeded 1.1 billion. The population of China exceeded 1.3 billion. Barack Obama, the first black American president, was sworn in. Down to Earth, a guide to simple living was published by Penguin in February 2012.

Today, 15 April, 2013, I'm turning 65. I am proud of my age and lucky to have made it through when so many others didn't. I mixed my history in with world history here, not in arrogance but because this is my history - I have been shaped by my times, just as you are shaped by yours. I wish I'd learnt more along the way but one thing I do know to be true is that age is not about wrinkles, the pension or decline. I have found, despite what I've heard, that life truly opens up as you age. Not all days are good ones, but they weren't when I was younger either. Now I have the sense to not gauge my life by other people's ideals, I'm comfortable in my own skin, and while I have my family and friends around me, I know that I will continue to look for the joy in each day and appreciate it every time I find it. 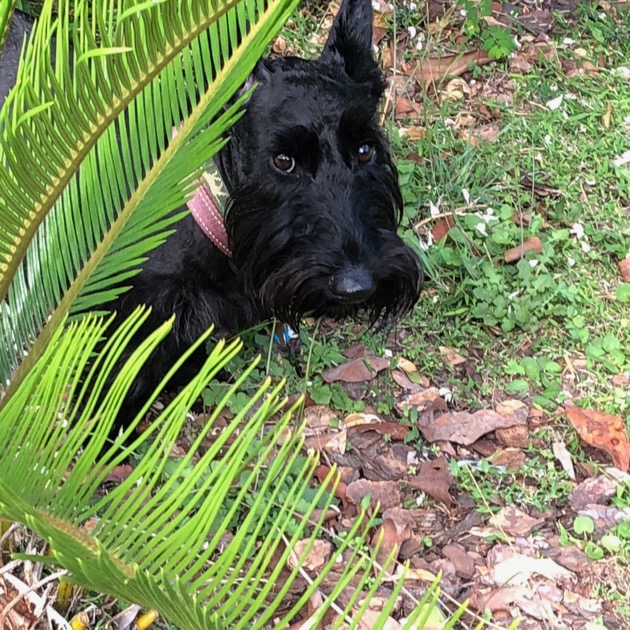 TODAY'S ADDITION:
Now it's 2019 and today I am 71. Hanno and I are still happily married and we still live on this beautiful land on the edge of a creek, in a dead-end street, in the Sunshine Coast hinterland. I've written two more books for Penguin, The Simple Life and The Simple Home. I was grateful to become a first time author at 65 and proud and delighted to produce two more books.  We have three grandchildren, a crazy Scotty dog called Gracie and we are slowing down due to our age. I've gone through my life with no health concerns but last year was diagnosed with a brain tumour called a meningioma. It makes me dizzy when I walk around so although we are setting up our new season vegetable garden, it's smaller and is taking us longer to establish it. Overall though, life is good. I still do all the things in the house I used to do. I still cook from scratch everyday, I mend, knit, sew, write and grow a lot of pot plants. 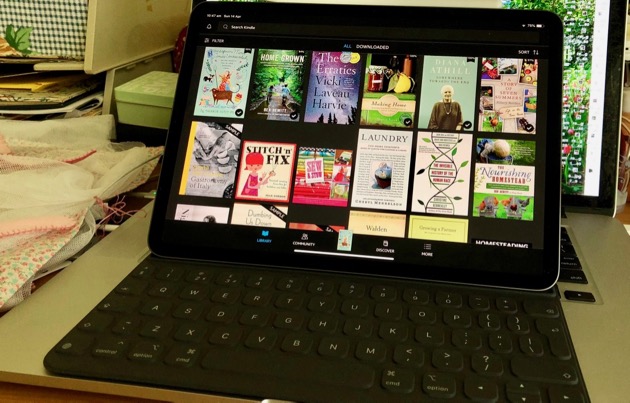 Hanno bought me an iPad Pro for my birthday so I've rediscovered Kindle and I'm going to read my way through my ebooks again.  Some of those books are Diana Athill's Somewhere Towards the End, Ben Hewitt's Nourishing Homestead, Sharon Astyk's Making Home and Christine Kenneally's The Invisible History of the Human Race. I love reading ebooks although I started off wondering if it was a genuine reading experience if I wasn't holding a book. I don't buy paper books anymore.  It's better for the environment, I can change the font, adjust the text size and make notes as I go along. And of course, I love having all those book in one place, and I don't have to dust them. Authors usually make more on their ebook royalties too. Generally we get a only 10 percent on our hardcover books but it's 25 percent on ebooks.

Since 2013, when I last wrote on world news that affected me and my world, Mary Oliver and Diana Athill have died and so have Anthony Bourdain, Hannah Hauxwell, Umberto Eco, Maya Angelou, Leonard Cohen, Chris Cornell, Aretha Franklin and Stephen Hawking. RIP friends.

Kerry, Sunny and Jamie are taking us out to lunch today. We won't go far, just a couple of kilometres down the track, but the food will be fresh and local and I know we'll enjoy each other's company. The one thing that becomes clearer to me every year is that I gained the most glittering of birthday prizes to have been born into my family - both past and present. I learnt how to be a woman, a wife and a mother by watching and listening to my own mother all those years ago. If I were born again today I would hope to have that same gentle childhood that guides instead of tells, encourages kindness, respect and generosity, and always expects the best in people. As I move into my final years, I hope I continue to be tolerant, understanding and accepting of all people and that I'm left to potter away in my home with occasional wild excursions, via my computer, into your minds and hearts.
SHARE:
Written by rhonda jean