How my books came about - part 2

This is a continuation of this story

We set off on our first book tour just before Down to Earth was to be published on 22 February, 2012. We had no idea what to expect or if anyone would come along to meet us. There was no need to worry though because at every stop along the way so many lovely people travelled in, often bringing gifts of jams, relish, soap, dish cloths, bread, cake, kombucha and magazines to read on the journey, as well as their good wishes. 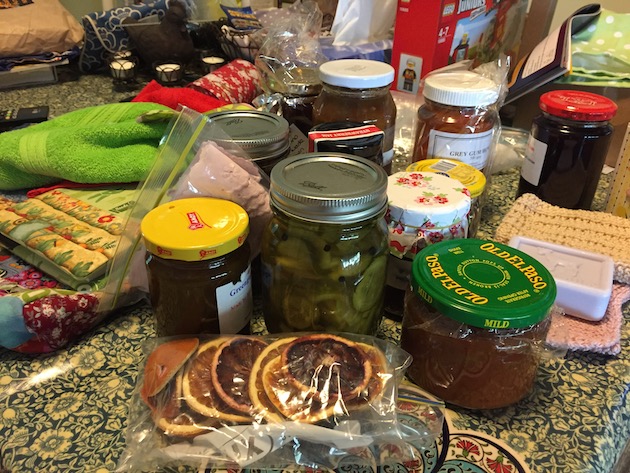 What generosity! Just some of the many gifts we received on the road. 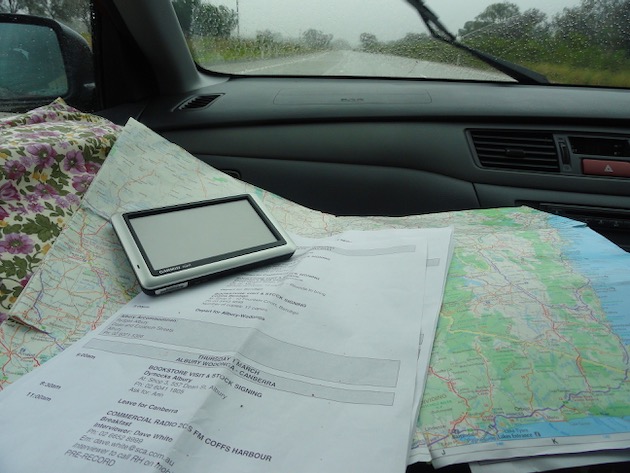 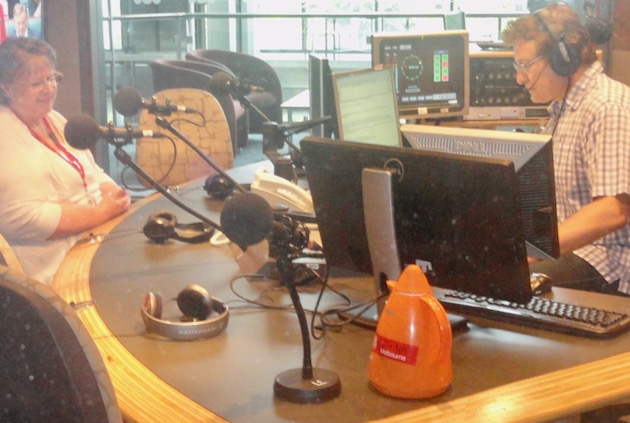 Being interviewed by Richard Stubbs in Melbourne. I also had the good fortune to meet Jon Faine and Clare Bowditch on their radio programs too. 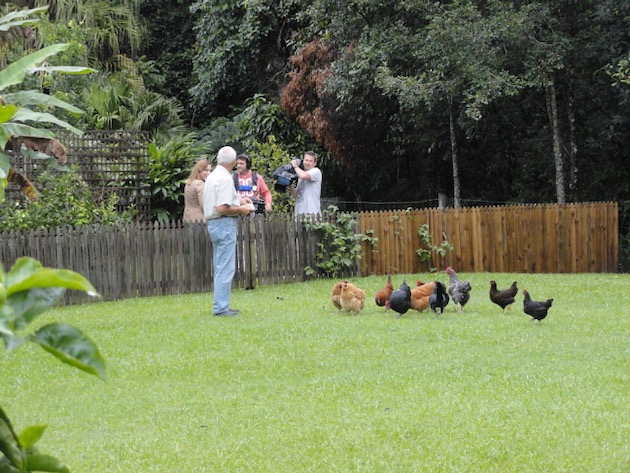 Feeding the chooks. I think this was Channel 7.

I'd been assigned a publicity agent who sent a seven page itinerary covering Byron Bay and Sydney, then on to Wollongong, Canberra, country Victoria, Melbourne, the goldfields and up through regional NSW.  Penguin put us up in the fabulous Olsen Hotel in Melbourne, where we slept in the most comfy bed ever, but we still made our sandwiches everyday for lunch on the road. It was a wild ride and something I'll never forget. 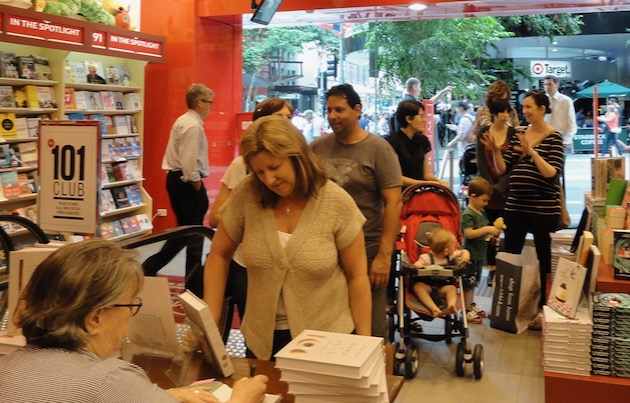 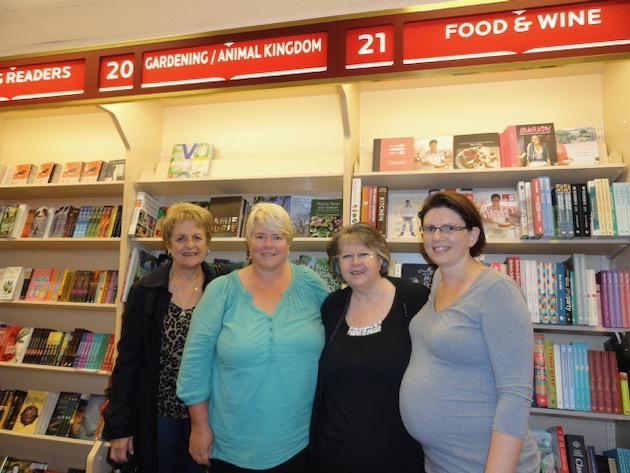 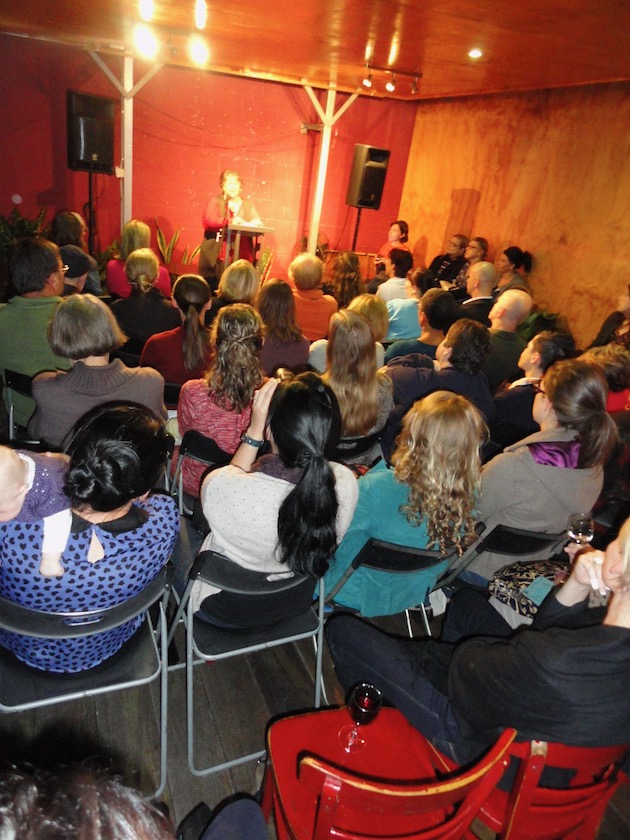 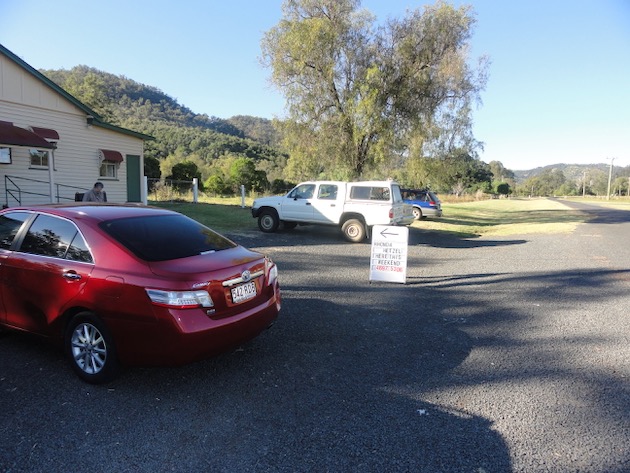 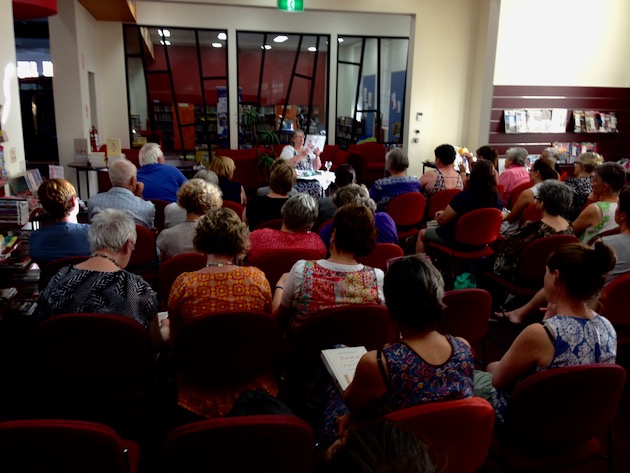 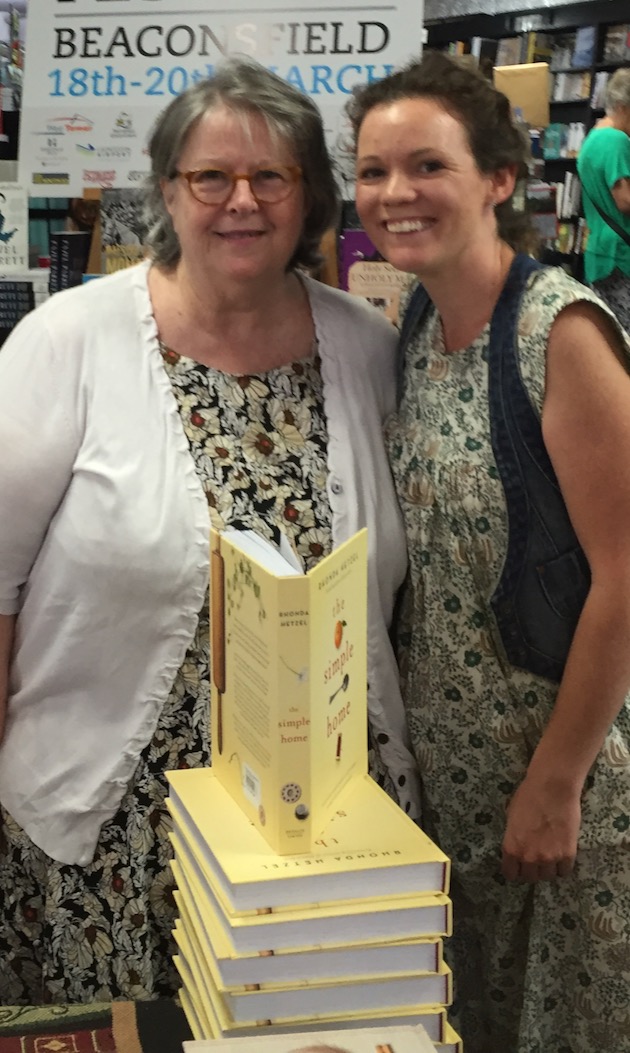 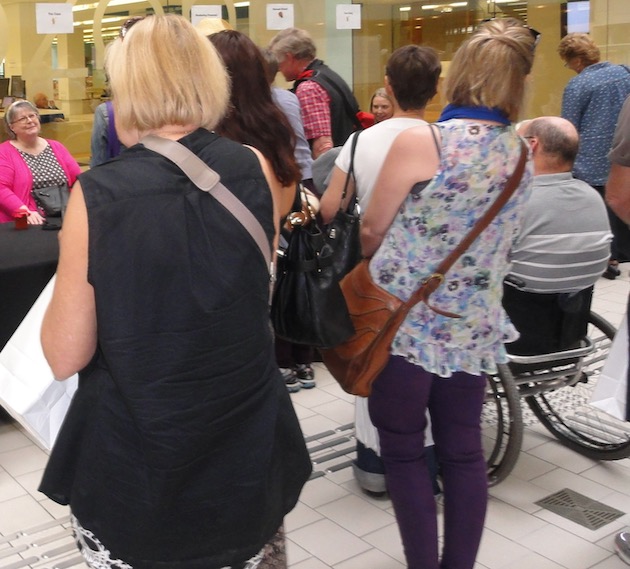 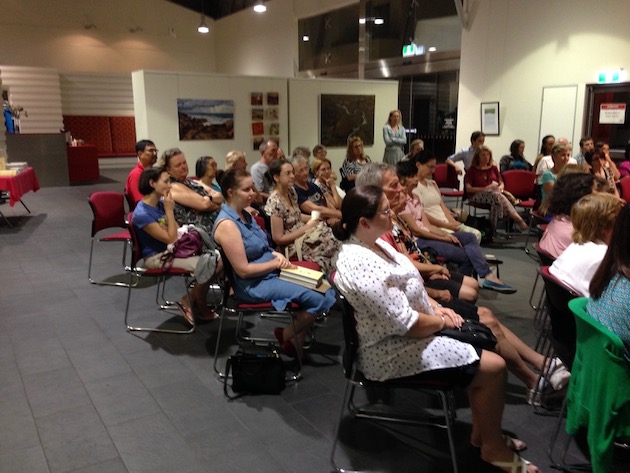 This was at Kogarah, a Sydney suburb, on the Simple Home tour. I think this was my favourite talk because of the diverse mix of people who came along. 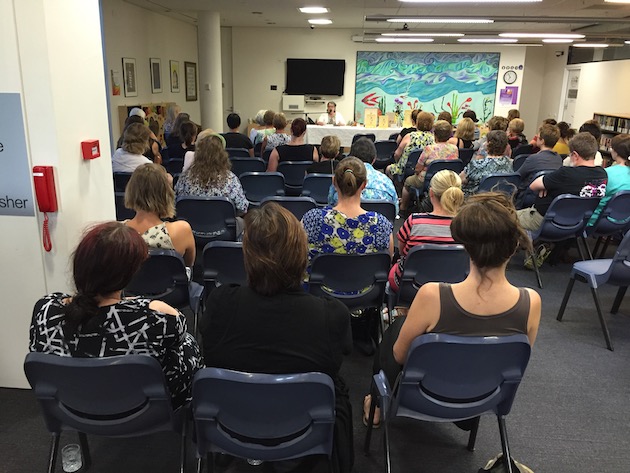 The Simple Life was published on 26 March, 2014. It was supposed to be the first of a group of small paperbacks in the Penguin Specials series - "Penguin Specials are small books filled with big ideas." Much to my surprise, The Simple Life sold out on the first day. Straight away there were talks about changing the idea about publishing a series of books. I didn't like the new idea, which is the reason there's only one little blue book. 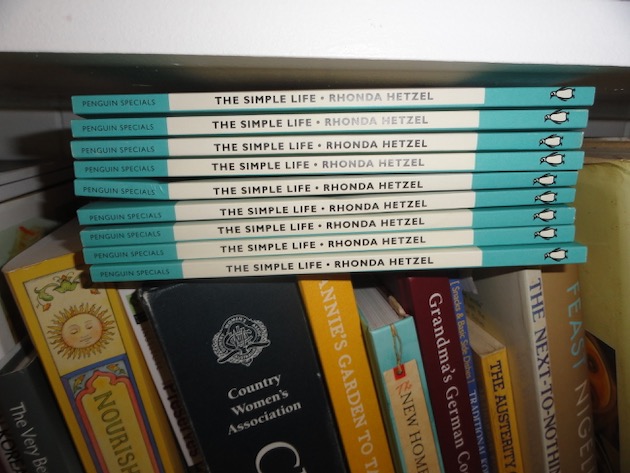 I continued talks with Penguin over the next few months, they wanted me to continue writing but I didn't feel comfortable with any of their ideas, or any of my own.  But then I thought about what I wanted to include in Down to Earth but didn't have room for. I proposed a book, set out with specific tasks to be carried out according to the season in a month-by-month framework.  They liked the idea so I set to work in March 2015 writing The Simple Home. There were two deadline dates, one was late 2015 and one was late 2016. I was determined to finish on the earlier date and set a writing schedule where I was writing seven days a week, usually nine hours a day.  And we made it!  The Simple Home was published 28 February 2016. 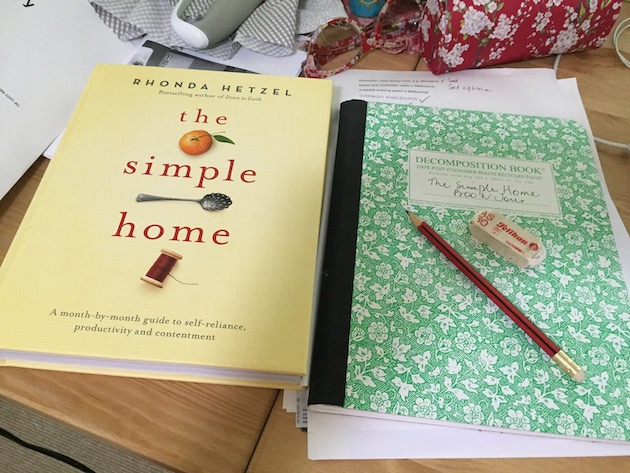 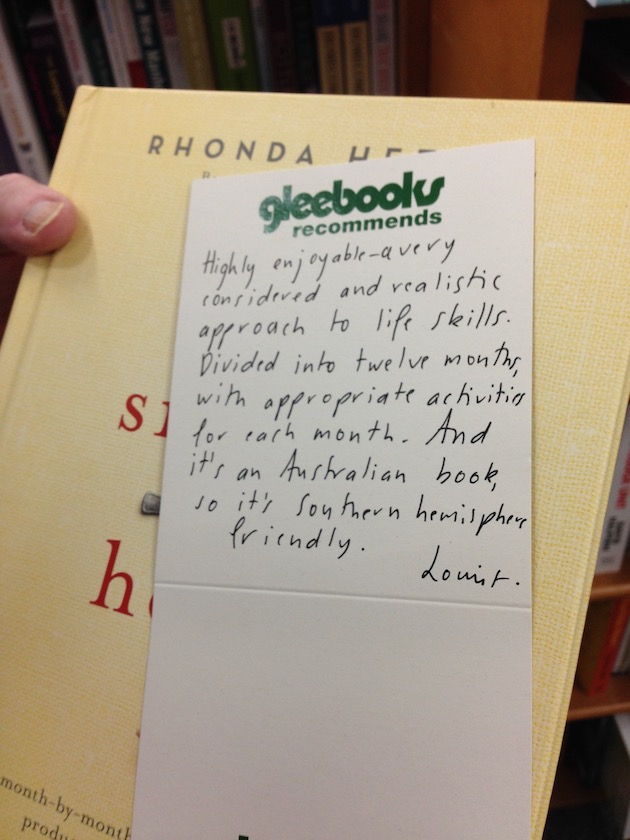 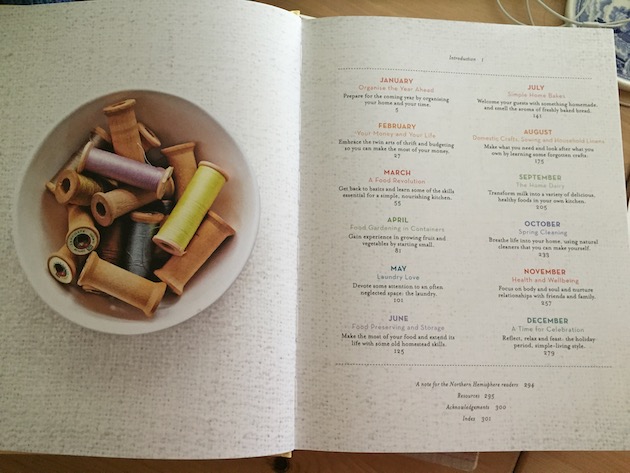 My hope for all my books was to show two ordinary people living an extraordinary simple life and to encourage others to do something similar.  I tried to peel back the lie that modern life is an easy way to live because, most of the time, people are living with debt and the stress that comes with it. The books were there to encourage people to think about lifestyle alternatives that suited them and what they hoped to achieve. 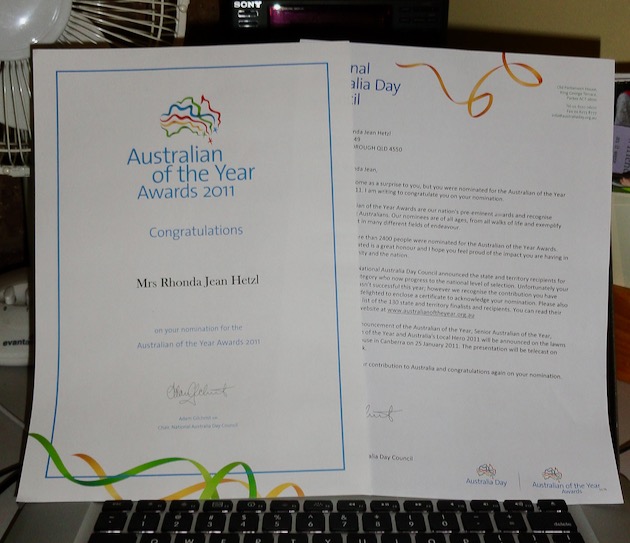 The book tour for The Simple Home took us through regional New South Wales and Victoria again and to Tasmania as well. My sister Tricia joined us in Hobart for the rest of the tour. All along the way we met so many gorgeous people who came along to meet us and learn about how they could apply what we were doing to their own life situation. On that tour I thought back to the apprehensions I had about no one coming to the talks and realised that the books had really connected with a lot of people who had established, or were working on, their own version of this simple life. 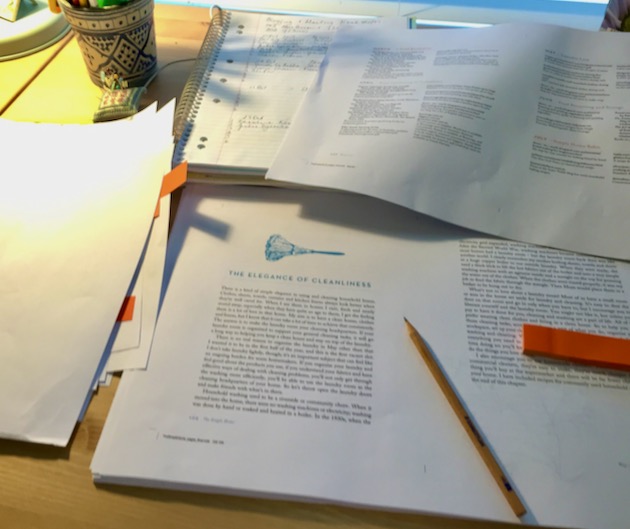 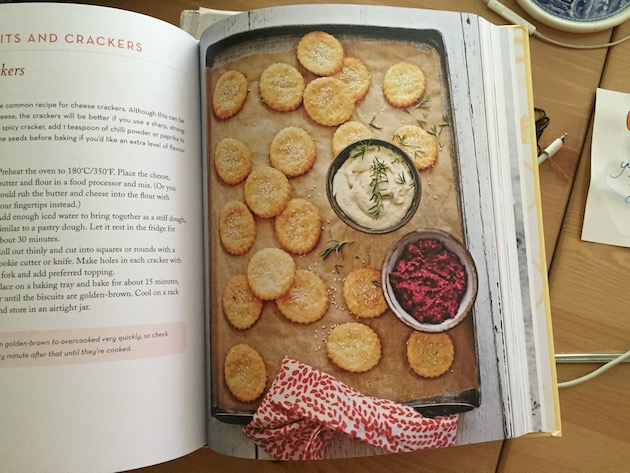 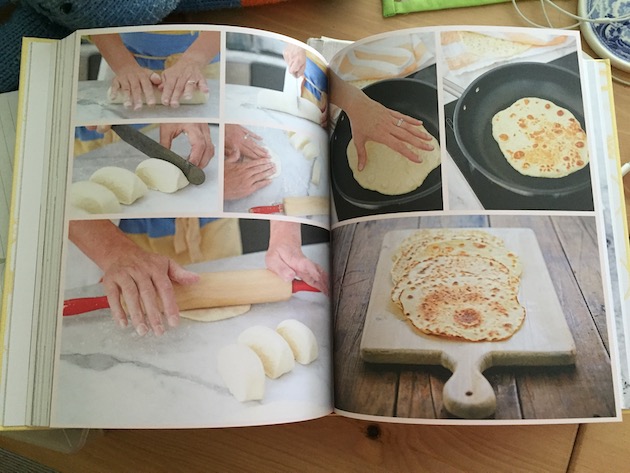 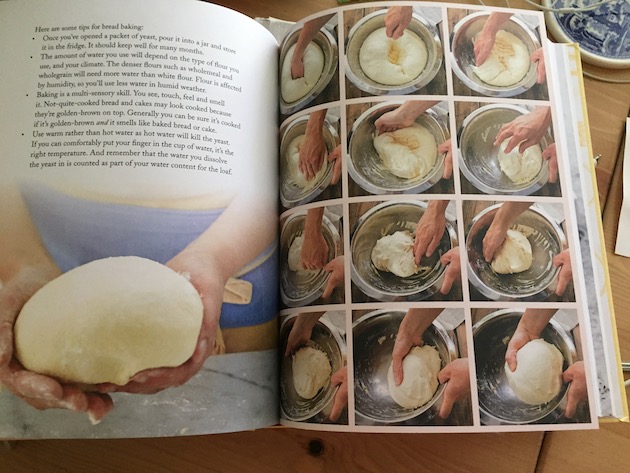 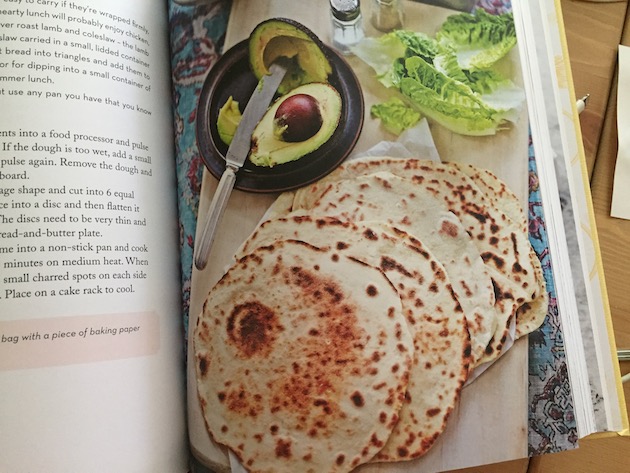 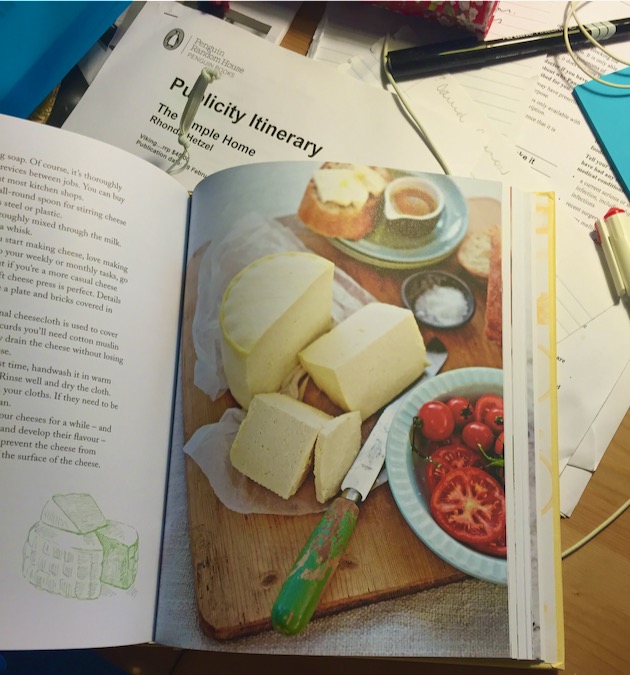 Over the years I was honoured with several awards and wrote monthly columns for The Australian Women's Weekly and Burke's Backyard, as well as feature articles in many magazines.  That in turn allowed me to do some one-on-one mentoring and teach workshops on writing for publication and blogging. I've really enjoyed sharing what I know with many of those who enrolled in those courses and I'll continue on with them in the coming months. If you're interested in either of these workshops, drop me a line and I'll send you some information later in the year. 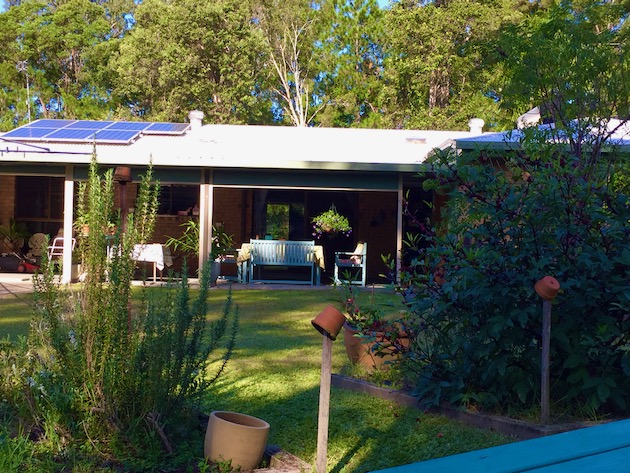 Overall, the main prize for me was connecting with thousands of people, meeting many of them face to face, who understood the need for this lifestyle and its significance. Thank you. Writing my books and then promoting them on book tours, gave me a lot of satisfaction but it was hard work that I'm not sure I could have done alone. Having the support of my family, and Hanno there with me, made all the difference. And, of course, at the end of it all we returned to our home, closed the gate and allowed fresh air, gardening, housework and our basic lifestyle to help us recover and carry on.